You are here: Home1 / Speaking 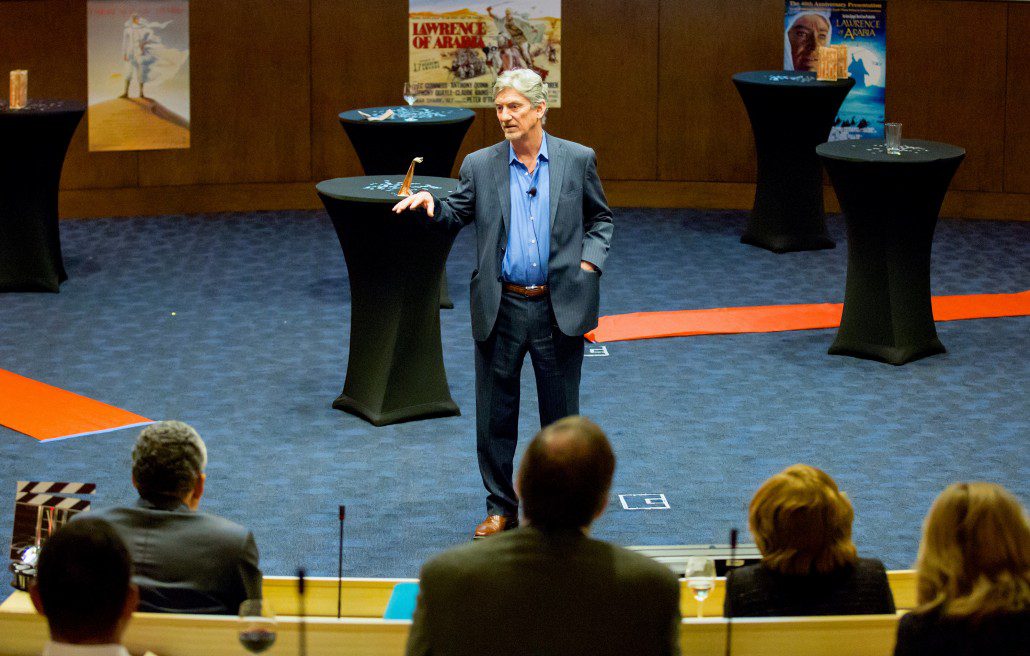 Don delivers a lecture on the leadership style of T.E. Lawrence (Lawrence of Arabia) at Deloitte University in Dallas, Texas. Photo by Jay Haas.

Don is a popular and well-respected lecturer known for his ablity to connect with any audience, including corporations and conventions, and deliver a message of hope along with a well-informed perspective on foreign affairs, journalism, and cross-cultural awareness.

His attentiveness and humor have won accolades from audiences ranging from the 5,000 attendees of his keynote lecture on Water at the Chautauqua Institution, to a hardy group of National Geographic travelers huddled around a campfire in Jordan’s Wadi Rum, reliving the experiences of Lawrence of Arabia in World War I. Don has appeared on CNN, Fox, the PBS NewsHour, and the Diane Rehm Show; he’s done dozens of satellite media tours and press interviews, and has spoken to hundreds of groups over the past two decades.

Don has been a featured lecturer on National Geographic Expeditions tours, including trips to India, the Holy Land, Jordan and Syria, East Africa, Haifa to Mombasa, the Cradle of Civilization, and Around the World by Private Jet.

This coming year, he’ll serve as an adjunct professor at the University of Richmond, and also work with the Pulitzer Center on Crisis Reporting to share his groundbreaking course on Slow Journalism with educators around the United States.

Don’s favorite speaking topics include: Leadership lessons from Lawrence of Arabia, the making of the modern Middle East, Israel and Palestine, the Jordan River, Arab Christians, Syria, Pakistan, India, the geopolitics of Water, local effects of global climate change, the Out of Eden Walk, and tips on “guerrilla diplomacy” developed over three decades on the road for National Geographic.

His recent lecture at the University of San Diego, “Crossing Invisible Borders,” can be viewed below: 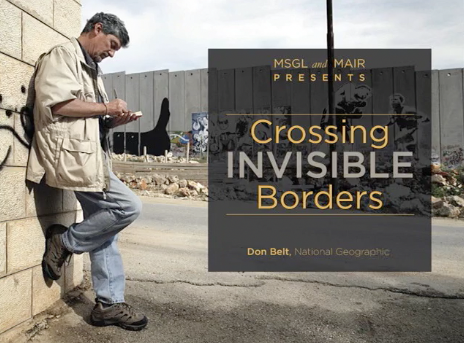 RT @AMLwhere Our Nieman Fellow Brent Renaud was gifted and kind, and his work was infused with humanity. He was killed today outside Kiev, and the world and journalism are lesser for it. We are heartsick. twitter.com/AMLwhere…

RT @PaulSalopek From one side of Eurasia to the other: Sending prayers spun by water to the brave people of #Ukraine. Tibetan highlands of Sichuan, China. #prayerwheel #EdenWalk pic.twitter.com/gbuk…

RT @ayeshaaleem Have you heard? The @onewm Awards have opened for entries from around the world. This is an exciting opportunity to take your work to a global audience! twitter.com/onewm/st…

RT @PaulSalopek Exciting job opportunity for walkers/artists: Interested in walking as a way to explore creativity across media? Have a background in organizing art exhibitions? Apply for a paid @outofedenwalk | @nyushanghai Curatorial Fellowship in Shanghai, China. Open to all globally. 1/3 pic.twitter.com/AQ1k…

RT @outofedenwalk OOEW family, there are still rewards to be claimed by donating to our campaign that has been extended! Our deadline is now 11:59PM EST, December 31st, 2021. Thanks so much for your generous support so far & there’s still time if you haven’t donated yet. outofedenwalknonprof…