You are here: Home1 / Teaching 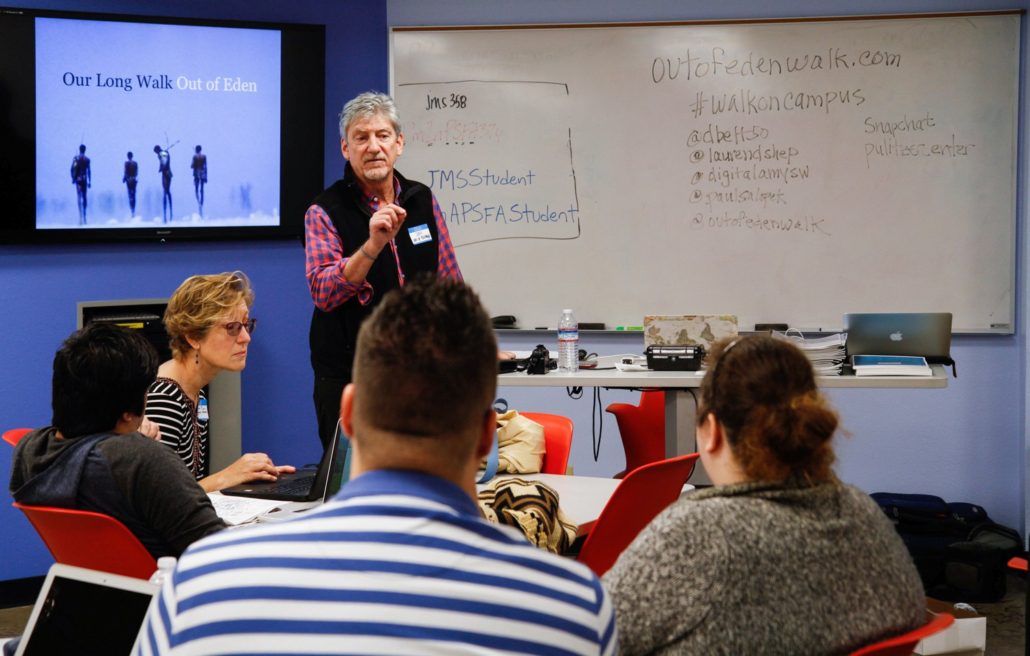 Don presented his Walk on Campus workshop to faculty at San Diego State University in 2017. (Photo by Lauren Shepherd)

Don teaches journalism at the University of Richmond in Richmond, VA, after having pioneered his course, “Slow Journalism in a Fast World: The Out of Eden Experiment” at the Robertson School of Media and Culture at Virginia Commonwealth University in 2014. The course is based on the Out of Eden Walk, a multi-year, 22,000-mile trek around the world launched by two-time Pulitzer Prize winner Paul Salopek in early 2013.

In partnership with the Pulitzer Center on Crisis Reporting, Don shares his Out of Eden curriculum with university educators around the United States to raise awareness of this unique and historic project and its application as a resource for educators in fields such as journalism, anthropology, geography, history, international studies, environmental science, archaeology, and religion. Ann Peters of the Pulitzer Center wrote about Don’s first Walk on Campus Workshop here.

Don also partnered with National Geographic to present a series of slow journalism workshops for journalists in India in 2018, taught by Paul Salopek, Don, and renowned Indian journalists Prem Panicker and Arati Kumar Rao. Read about those workshops here.

Don summarizes his university curriculum in the Pulitzer Center video below, which includes interviews with several of his students.

There's no better time to support the @outofedenwalk and its educational mission: Chip in today and your gift will be matched: outofedenwalknonprof…